Training sessions for non-professional sailors have started and will continue until 2023. 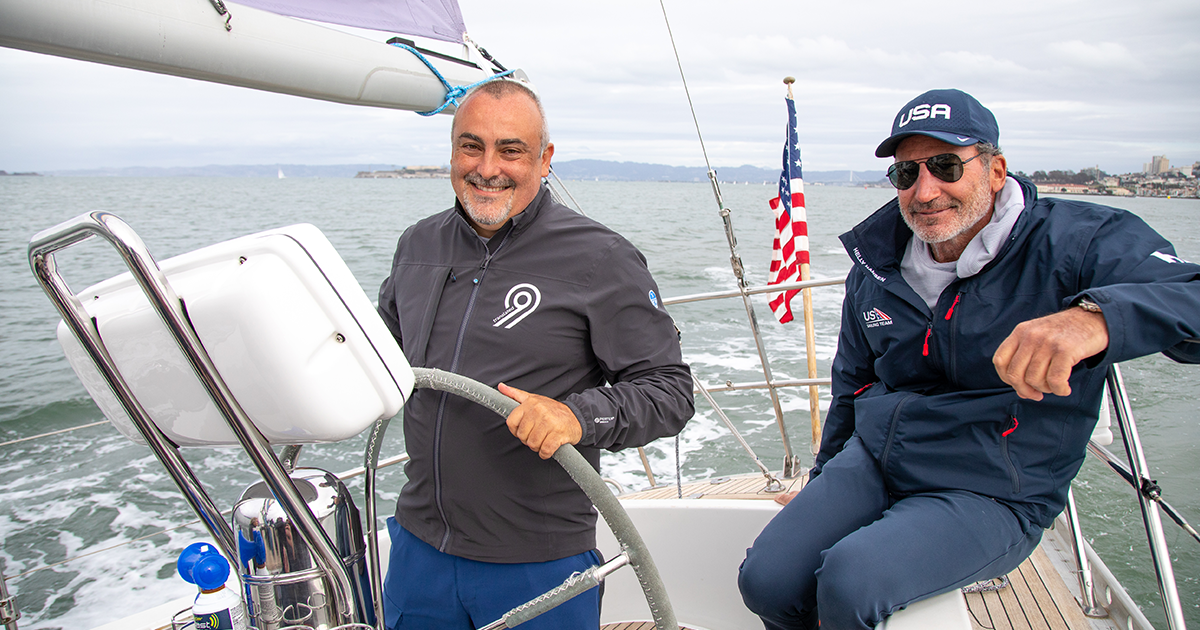 Translated, one of the world’s leading translation companies, has partnered with legendary skipper Paul Cayard to select and train its amateur sailors aboard the Translated 9, the Swan 65 owned by Translated for the Ocean Globe Race 2023.

Cayard, seven-time world champion, seven-time America’s Cup competitor, and the first American to win the Whitbread Round the World Race in 1998, has started training some ocean lovers who aspire to be part of the crew of Translated 9 for the OGR23. The sessions started in October and will continue until 2023.

60 tech and language executives have already experienced an introductory session in the past weeks. The sessions not only include tapping into Cayard’s sailing expertise, but his leadership skills. Those displaying an aptitude for sailing will potentially join the Translated 9 crew on a leg of the Ocean Globe Race, which starts in September 2023.

«Sailing requires not only knowledge, but sailing spirit, which means being focused, committed, hard-working, and a good teammate. A crew is much more than simply 10 people on a boat, it is a single mind and body focused on a goal and working to reach it. I am happy to support Translated’s project because this company reflects, in their everyday working life, the same spirit and attitude of a great crew.»

According to the OGR23 rules, each entrant’s crew must be composed of a maximum of 30% professional sailors, the remaining will be amateurs who will experience the adventure of a lifetime. Translated is making this adventure open to everyone who wants to apply at www.translated.com/9.

Marco Trombetti, co-founder and CEO of Translated, attended the sessions to undergo training himself for the around-the-world regatta.

«We are thrilled to begin this journey under the guidance of Paul Cayard, a true legend in sailing. We’re also grateful to him for supporting us with his wealth of experience, vast knowledge, and positive spirit. We are taking part in the Ocean Globe Race because it perfectly captures our company spirit: While we embrace artificial intelligence, we believe in humans and that humans--and the human spirit--can never be replaced by machines or technology, be it in sailing or translation.»

Translated is a translation company that pioneered the use of artificial intelligence to help professional translators. It was founded in 1999 by computer scientist Marco Trombetti and linguist Isabelle Andrieu and has always been focused on a powerful combination of human creativity and machine intelligence to craft consistent quality translations at speed. Today, it is one of the most successful online translation companies in the world, with 180,000 clients, offering translation in 177 languages in 40 areas of expertise. Translated has been rewarded on several occasions, including the TAUS Innovation Contest. In 2015, the European Commission recognized Translated’s CAT tool Matecat as one of the best AI research projects of the previous 7 years. In 2017, Financial Times included Translated as one of Europe's fastest-growing companies.

Discover Translated 9 and its ambitious project

to participate in the most human-centered regatta ever.