We open up language to everyone

We have been offering human translation services for the last 20 years to our 277,066 clients, in 195 languages and 40 areas of expertise.

We use a powerful combination of human creativity and machine intelligence to craft consistent quality translations at speed.

We pride ourselves in being considered one of the best companies to work with by translators. We pay them rapidly and fairly, wherever they are in the world.

We believe in humans. That is why we have created a fund, called Pi Campus, to reinvest Translated's profits into promising startups. Pi Campus is also a wonderful working environment for nurturing talents, where nature and design inspire us to do better, for you.

Translated was established in 1999 by a linguist and a computer scientist with an investment of around $100, which was used to purchase the internet domain and the first online advertising.

Shortly after, we decided to do something unusual for online businesses: to allow our customers to pay after the translation was delivered. It was certainly a risk, but we firmly believed that trust should always be mutual. Time has proven us right: thousands of clients have appreciated this approach and rewarded us with their loyalty. Since its founding, and without any external capital, Translated has ended every financial year with a net profit, and Pay After Delivery is now a consolidated model.

Translated has been rewarded on several occasions, including the TAUS Innovation Contest. In 2015, the European Commission awarded our MateCat, and therefore Translated, for one of best AI research projects of the previous 7 years. In 2017, Financial Times indicated us as one of Europe's fastest-growing companies.

Translated contributes to the language industry by making most of its technology open source and accessible to everyone via Translated Labs.

Language shouldn’t be a barrier for anyone, but an opportunity.

That is why we work to create a future where everyone can communicate more meaningfully and be understood.

We seed and nurture solutions for today and design the ones for tomorrow. New workflows, new languages, new tools to build a service that helps shorten distances and make our planet a little smaller.

Ultimately, our daily commitment is about helping human potential thrive and encouraging diversity in all its forms.

In a collaborative, fun, and open work environment, we foster a culture that inspires talents to do great things, for you.

We believe in humans.

We believe in a flourishing and open future.

We are here to open up language to everyone. 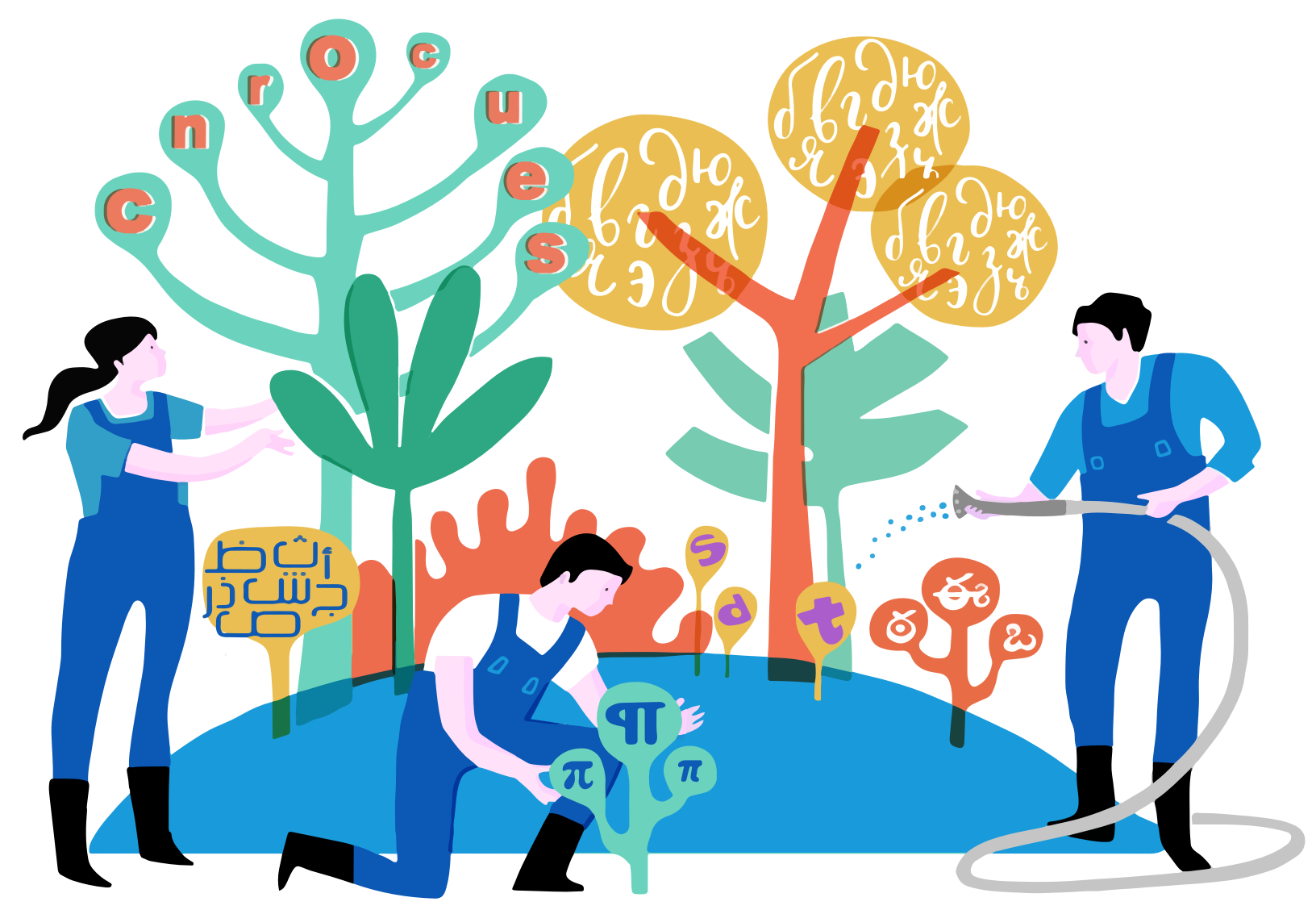 We are here to answer your questions,

and help you get what you want.