Translated is a specialized provider for iOS Apps localization, in 193 languages.

Our team of professional translators and Project Managers are specifically trained for translating and managing this type of content, so that the only thing you will have to worry about is sending us the files (.xml or any other format).

Which countries and which languages will your application support? Get help from our T-Index: you can review the market highlights and identify the areas with the greatest potential for your app.

3. Request a quote for a professional translation

You can write to info@translated.com or contact us through the contact form. Send us your source files (.xml or any other format), the description text, the keywords for the App Store, images, and any other material to be translated.

Have you already planned a campaign on Google Ads to increase your installations or engagement with your app? Translated is also one of the few Google-approved providers for localizing Google Ads (formerly Google Adwords). Send us a simple Word or Excel document containing the campaign to be translated, and we will quickly and easily produce a high-quality localized version of your advertising campaigns.

More questions? Get in touch.

Hello, I'm Claudia.
How can I help you?

Why should you localize your apps?

The Apple App Store is available in over 150 countries and supports more than 40 languages. Application localization is a great marketing opportunity for expanding target markets and increasing downloads and revenues in Apple's App Store.

Give your users
what they want

The distribution potential of your app in non-English speaking countries is huge. Offer users a better browsing experience in their language so that your app stands out from the crowd. Translating an app is a great marketing opportunity for reaching a global audience, increasing downloads and revenues.

In 2018, 205.4 billion apps were downloaded and 106.4 billion dollars were spent in App stores. Forecasts estimate that there will be six billion devices worldwide in 2022: one for every inhabitant of the planet, with an expenditure of 157 billion dollars.

The countries with the most downloads will be: China, India, the USA, Brazil, and Russia. By order of expenditure, however, the first five will be: China, the USA, Japan, South Korea, and Germany, along with countries such as Japan where an average of 140 US dollars will be spent each year on mobile phones (almost seven times the world average). The possibilities are clearly almost endless, if properly localized.

High-quality translations with quick turnaround times. Google Ads and Facebook campaigns for overseas markets are no problem for us now!

The Translated team has always been professional and helpful. They are quick to respond to requests for assistance and they respect the agreed deadlines.

Translated has been localising Google Ads and Facebook marketing campaigns for us for several years. We consider them one of our trusted partners, and they have never let us down.

The Translated team is efficient from both a sales and an operations perspective. They are especially diligent when it comes to delivery deadlines, and they quickly take action where necessary to resolve any issues after delivery.

Thanks to Translated, our website is now available in 20 languages instead of 6, allowing us to enter new markets - the number of countries where we operate has risen from around 10 to 50!

Over the last few years, I've used Translated for translations from German and Russian into English. Their service is normally quick and efficient, with a transparent pricing structure.

We proudly serve over 244,910 clients worldwide, including young innovative startups and large global enterprises from varying industries. We have optimized our processes to meet their unique needs, adapting from small, on-demand tasks to high-touch, fully managed solutions. 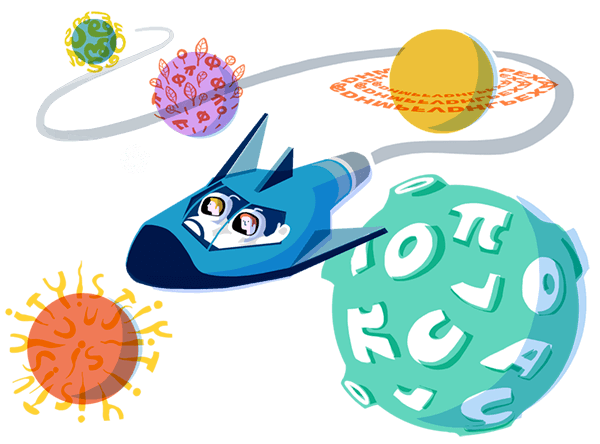